Skip to Content
Home Uncategorized Should You or Should You Not Vent About Your Stress?
by 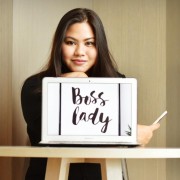 “Venting is the world’s way of handling negative emotions, it’s not God’s way.” – Life on Pupose

Venting is something very common that most people do whenever they’re stressed, have problems or when they’re hurt.

I know this because I also like to vent. Not to people (most of the time) but on my journal or the Vent app.

But according to Entrepreneur, “Venting feels great in the moment, but it can actually make you feel worse in the long run. This is because venting can increase your stress and anger rather than reduce them. At the same time, venting doesn’t resolve the underlying causes of your stress.”

During my devotion and meditation this morning, I have learned that it’s better to take our wounds and stresses to the Lord and receive His help and healing that only He can give us.

And it’s very tempting to vent especially when we’re angry. Sometimes you don’t even realize you’re doing it, or asking your friends to [do it] as well, with you. Some even vent on social media.

“Psychologists refer to this phenomenon as co-rumination—or consistent, excessive chatter on one topic. Co-rumination can be identified by an excessive focus on problems and negative feelings,” according to QZ.

The commonsense view of venting is wrong.

As INC has stated in Venting Just Makes You More Miserable, Science Shows:

“Verbalizing your anger, this research shows, doesn’t dissipate it. Instead, complaining just makes us feel worse.

To figure out just how venting really affects professionals, the research team behind the new research asked 112 employees in a variety of industries to keep detailed diaries of their workdays, recording negative events that happened and rating their severity, as well as writing down their moods, how much they complained, and whether they’d exaggerated the seriousness of any negative incidents.

A clear pattern emerged — the more a person vented, the worse they felt their days had gone. Complaining also took a toll on people’s mood, and not just during the day when they engaged in it.”

The best way to vent

This is a great lesson that I learned today because I’m so guilty of venting. Even if I have a journal where I write whenever I’m feeling over the edge, it’s really tempting to vent out to my friends or loved ones.

How about you? How do you manage stress or problems?